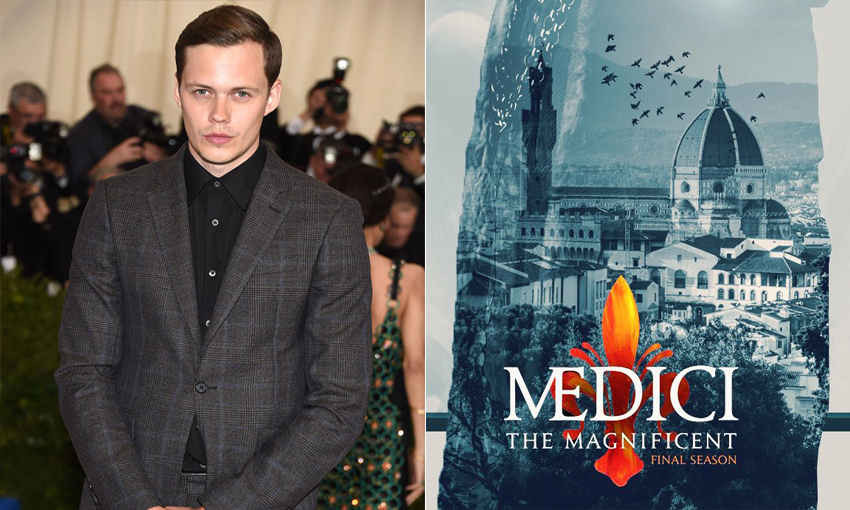 The final installment of Netflix's period drama Medici is set to be released in the near future. We had a quick chance to sit down with Rhys Vildgren, who plays the titular character, Lorenze de'Medici and ask a few questions about this season. He was pretty hushed about the whole thing, but from what we can gather if follows a similar if not somewhat darker path than its predecessors, Medici: Master's of Florence and Medici: The Magnificent which we lost Alex Lightstone at the end of the most resent enstallment.

The finale of the series began initially airring over four nights in a primetime slot in Italy, on December 2. It will then begin airing on Netflix in early this year. No date has been given yet.

Toby Regbo will be joining the cast, starring along side Rhys Vildgren and ynnøve Karlsen as well as Francesco Montanari and John Lynch, who joins for Medici The Magnificent: Final Season.

The final season starts a few short months after the infamous Pazzi conspiracy that we saw take the life of Lorenzo's brother and nearly his own. Lorenzo is thirsting for revenge and will stop at nothing to avenge his brother. During this time the Medici have more power than ever before, but know a war with Pope Sixtus IV is pending and that Count Riario is still pushing for it. Will Lorenzeo abandon the idealistic man he was? Will his relationship with his wife, Clarice suffer? Time will tell